Clicking on the button between two scenes will open the Inspector for triggers and transitions.There are two possible triggers (see 4 above) for a scene change - aka "Transition to next scene":

The type of scene change can be defined in the transitions ("Type") area (see 5 above): 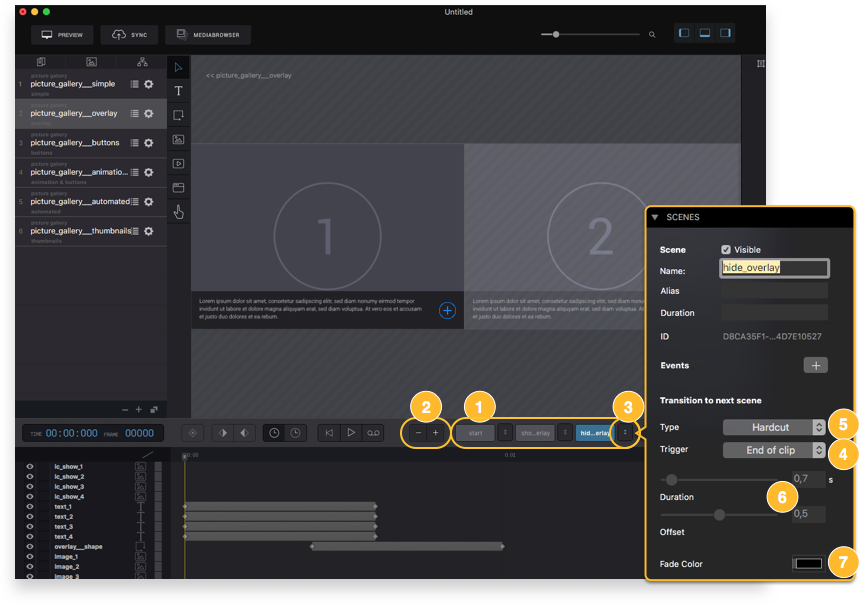