Menu for scenes and transitions

By default, every page is composed of a scene, so called a "clip". Pages can contain any number of scenes. They serve as "sub-pages" to control animations or different versions of a page. 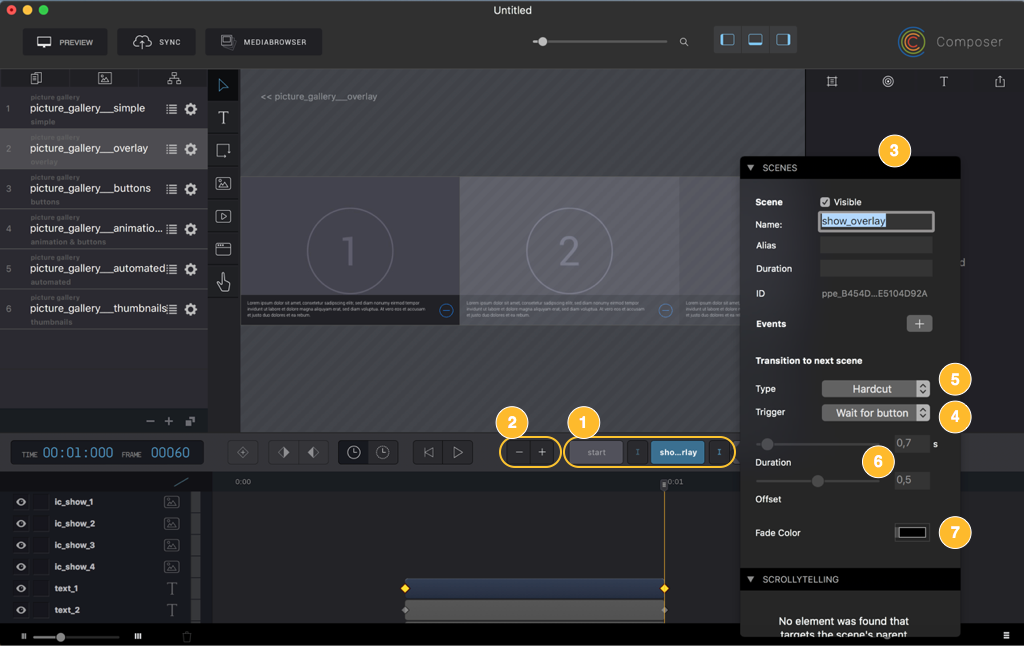 Below the stage is the scene list (1), which is an overview of all scenes on the page or within a composition.

Scenes are always played back one after the other (from left to right).

Trigger for the transition to the next scene

The scene inspector also includes options for triggers and transitions from scene to scene. There are two possible triggers (4) for a scene change:

Transitions (5), different ways to turn one scene into another:

Some good examples of a different uses of the scene can be found in the Purple DS Composer samples under "Video gallery", "Audio player" and "Picture gallery".